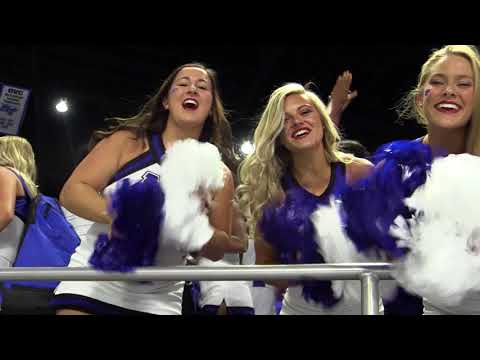 MURFREESBORO — I guess my older son’s mother and I always knew it would happen: college move-in day.

I’d been noticing on Facebook where co-workers, friends and others had incoming freshmen moving into their dorm, and this past weekend, actually just a really long Saturday, it was our turn.

My son Jonathan is officially a Middle Tennessee State University freshman. He went down Saturday in one car and his parents in another.

In the next few weeks, he’ll be making friends (he knows of at least one other Dobyns-Benentt High School graduate, and I know of at least one other from the greater Tri-Cities there), finding his way around campus and learning the marked difference between college and high school academics. In the mean time, here are the high points of move-in weekend for any of you out there who may have this experience in the future, either in general or specifically at MTSU:

— Even with a GPS, things don’t always work out as planned. His mother and I headed down Interstate 81 and then I-40 toward Nashville. He ended up taking I-75 toward Chattanooga at the I-81 and I-40 split east of Knoxville. However, his phone GPS directed him a different way after his southern turn and he beat us there by at least 20 minutes.

— If you travel with a gumball machine, don’t put the gumballs in until you get to your destination without a top on the machine. My ex’s rear floorboard was full of gumballs before we left Kingsport.

— If you ever make a trip to Murfreesboro, when you make the exit off I-40 to I-840, be forewarned there are no gas stations until you reach Murfreesboro, about 22 miles. We realized this as the gas gauge was about on empty. On much of I-40 there are gas stations galore, often at every exit.

— Once we got to Mufreesboro and then campus, we relied more heavily on GPS to guide us since we weren’t familiar with the campus or the city. After the third time of being directed to turn left onto Mount Sue Boulevard, I realized the GPS meant MTSU Boulevard. Hmm, Big Blue of Mount Sue? At least it rhymes.

— Be prepared to go in circles, lots of circles. The Model City pales in comparison to the use of traffic circles on the MTSU campus. The GPS directions to get most anywhere on campus involved two or three instructions to take the second exit off the traffic circle. I never counted them, but I’d swear there were between five and 10, maybe more. (My daughter lives with her Marine husband and their daughter at Camp LeJeune in North Carolina, and traffic circles are also abundant there.)

— Always check to be sure the dorm refrigerator works and have a checklist of items. After his refrigerator didn’t cool, he told me it had been about two years since the fridge had been used. As of last word, it was still not working. I guess a new fridge might be in his future unless he snags his sister Erica’s refrigerator from her old room at home. He also forgot his backpack and extra car key and remote but plans to get those, and maybe another fridge, when he visits here in September. He also didn’t take his 50-plus-inch television, at least yet.

— Listen to the keynote convocation speech. This one was by attorney Bryan Stevenson, author of “Just Mercy: A Story of Justice and Redemption,” the freshmen summer reading selection. A black man who grew up on the proverbial wrong side of the tracks, he went to Harvard Law School and became a defender and champion of the downtrodden. He has argued cases before the U.S. Supreme Court and is to do so again later this year.

He has spent his career fighting against racism, against other discrimination and for justice and for equality. His message was for the class of 2022 to become involved and try to make things better, to get up close and personal with people so they could make a difference just like an attorney needs to get to know about his clients before helping them.

Rick Wagner is the education writer for the Kingsport Times News and can be reached at rwagner@timesnews.net.