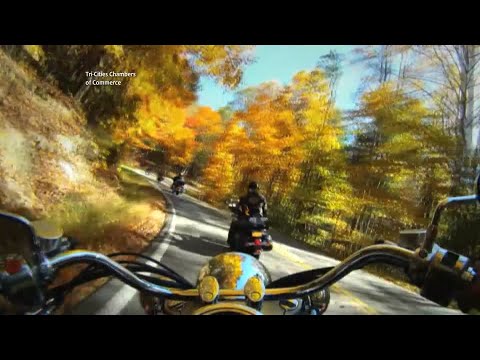 
NETWORKS is on board with region's branding effort

BLOUNTVILLE — NETWORKS-Sullivan Partnership members individually affirmed the need Tuesday for the region’s branding effort, although an official vote was not taken. And they noted the effort hasn’t been received well by social media postings.

“I think it’s up to us to convince folks,” Sullivan County Mayor Richard Venable said of the need for the branding effort. “If you go to social media, a lot of folks don’t understand why the region needs a name. I’ve seen a lot of ‘Tri-Cities is just fine.’ I think the opinion makers of this region need to encourage people, as much as possible … that it is important how we market ourselves outside this region. Others see us differently than we see ourselves.”

“There hasn’t been a point by point sharing of facts,” she said.

“The only way Johnson City is in the lead was that it was the most expedient way,” said Margaret Feierabend, mayor of Bristol, Tenn.

Late last year, the three Tri-Cities chambers led a regionalism effort that produced a promotional video calling the region the Appalachian Highlands, but that led to elected officials getting involved.

“The cities and counties working together, that’s the group now working with the consultant,” Kingsport Mayor John Clark said. “Everybody’s pitching in financially to use the consultant to work with these marketing teams. So I’m looking forward to a complete regional effort here that will brand us properly and help us try to identify ourselves from a tourism/economic development (perspective). It should be exciting. The goal is to be completed in June … I think we’ll get something good out of it.”

Aside from the branding discussion, NETWORKS CEO Clay Walker recognized former Kingsport Development Services Director Lynn Tully in her new role as a regional director of the Tennessee Department of Economic and Community Development.

“With elections coming up and tariff issues right now, there’s a lot of uncertainty,” Walker warned.