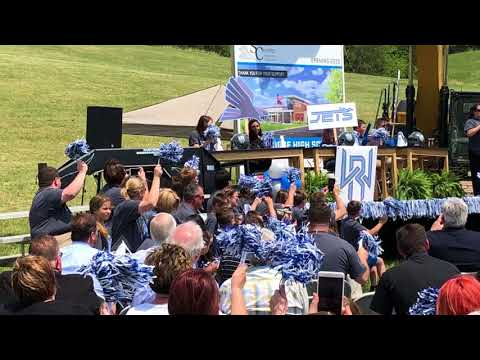 Rafalowski said in a Wednesday afternoon interview that she gave each of the seven Board of Education members a letter announcing her plans after a Tuesday work session and called meeting, then told principals during a meeting Wednesday morning, followed by an email to employees.

“I don’t know that I ever thought it would last more than four years,” Rafalowski said.

The school board hired her as interim director in May 2015, then as permanent director in early August of that year to replace Jubal Yennie, who took a job in Wyoming.

“She was just an obvious choice,” Hughes said. “We will have another director, but we will never replace her, the experience she has in every job. She filled that position in ways no one else will be able to.”

Rafalowski’s four-year contract is expiring, and she never sought an extension.

She had been a candidate for the position when the BOE chose Yennie following a formal search.

An agenda item for the BOE’s Tuesday, Jan. 22 work session is the director of schools search.

“I did not entertain the conversation in regard to an extension,” Rafalowski said in an interview with the Kingsport Times News. She will turn 64 Feb. 1.

“There was a lot of speculation because my contract was over in June,” she said. “It was my decision all along to retire. Forty-two years is a long time.”

Hughes said, “We had talked to her about an extension several times.”

A former part-time sports department employee at the Kingsport Times News, Rafalowski received her undergraduate degree in physical education and health education, with a minor in biology, from East Tennessee State University. She then earned two graduate degrees from Union College: one in health education, the other in curriculum and instruction.

Rafalowski started her career with Sullivan County Schools in August 1977 as a teacher at Colonial Heights Junior High, now Colonial Heights Middle, then transferred to the former Lynn View High School for its last year in 1979. She was at Sullivan North High School when it opened in 1980 and was there until she went to Sullivan Central High to assume an assistant principal position in 1990. Hughes said that was when the late Paul Nelson was superintendent.

She came to the central office in January 1999, which means she is marking her 20th year there this month. She served in many positions, from human resources to transportation, and was there during discussions about two facilities studies under Yennie and the move to construct West Ridge High School and Sullivan East Middle School.

Rafalowski recalled that when she was the girls basketball coach at the new Sullivan North in the early 1980s, the team was invited to play a pregame event before the Lady Vols took the floor at the University of Tennessee. The Lady Vols’ coach was Pat Head, who later became Pat Summitt and led Tennessee to multiple national championships. Rafalowski’s maiden name was also Head.

“They just assumed Pat Head and I were related. I’d joke around and tell them I was her first cousin. Then I told them otherwise,” Rafalowski said.

In retirement, Rafalowski said she will spend time with her two grandchildren, one local and one out of state. She also has two children.

“It will be more to do that I can get done,” she said of retirement. “They (the grandchildren) will certainly become a priority.”

That’s not much different than it’s been for her over 42 years, during which she said children were always her priority.