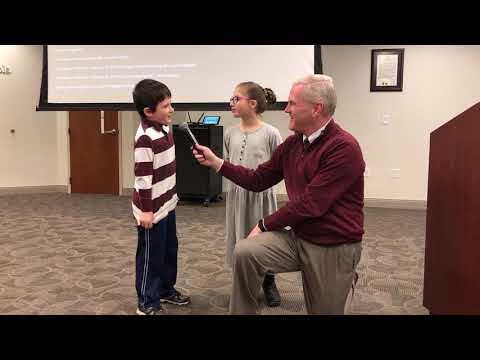 Back in February on a cold morning, the two Kingsport City Schools employees picked up a 4- or 5-year-old boy who was wearing only underwear and walking along Martin Luther King Jr. Drive — approaching the intersection with South Wilcox Drive. They kept the youth, not yet a KCS student, until police arrived.

“We saw a kid that was walking down the road in his underwear and no parent,” said Clark, a special education instructional assistant for the Palmer Early Learning Center. She and Osborne, driver of Bus 9, got the boy on the warm bus and put him in a blanket while waiting for Kingsport police.

“I’m just glad we were there in time to get that boy out of harm’s way,” said Osborne, who along with Clark spoke to the Board of Education after receiving the first two KCS Good Samaritan Awards from the board. The awards were presented by BOE President Carrie Upshaw.

Superintendent of Schools Jeff Moorhouse said school system officials got a call from someone who saw the incident unfold from the Eastman Chemical Co. office building near the intersection of King and Wilcox. He said teachers go above and beyond every day but that school system officials felt it was appropriate to honor Osborne and Clark with the first-ever KCS Good Samaritan Awards.

“Thank you for going above and beyond,” Moorhouse said “This is a great example of the fact we’re all educators.”

In other action, the board:

— Voted 5-0 for a resolution opposing elected superintendents in Tennessee and opposing legislation that would allow a local governing body, by a two-thirds vote, to put an appointed superintendent on a retention vote. If the superintendent were not retained, the school board would have to appoint a new one since the existing one could not get a contract extension.

— Voted 5-0 to approve using two unused stockpiled school days to make up for two days, Feb. 7-8, that the school system shut down because of illness. Superintendent of Administration Andy True said the system already had missed its four designated inclement weather days: three snow days Dec. 10-12 and one Jan. 29. The system had banked 13 days with a 30-minute longer school day, and the change will leave five days. Tennessee’s Department of Education Commissioner Penny Schwinn has already approved using the two days for illness.

— Delayed action on a proposed tobacco-free campus policy change to review the advice and legal interpretations of City Attorney Mike Billingsley. Some board members had indicated they wanted to ban the use of tobacco and electronic cigarettes/vaping devices in school parking lots as well as inside the buildings and in outdoor sports facilities.

— Voted 5-0 to approve a $588,789.25 furniture purchase for the new Regional Science and Technology Building at Dobyns-Bennett High school from WorkSpace Interiors, using a cooperative purchasing agreement.