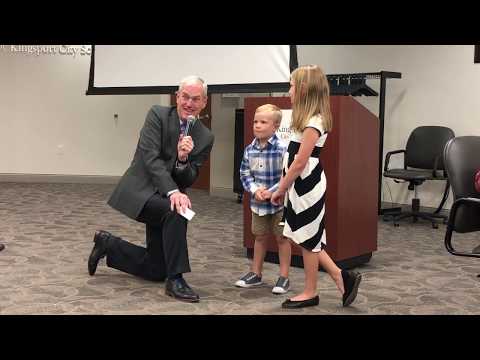 KINGSPORT — The city school system is moving forward with more engineering on a solar system to generate electricity, which is projected to save almost $3 million in power costs over 20 years, based on a 30 percent engineering study.

The proposal has no up-front cost or solar panel failure risk for the school system. However, the Board of Education’s 5-0 vote commits Kingsport City Schools to pay $40,000 if it decides not to go forward with the power purchase agreement with Ameresco. The 60 percent engineering report is to be ready in about a month, and the next step is approval of an 80 percent report and then a contract to move forward. If the BOE stopped at 80 percent without doing the project, it would owe Ameresco $80,000, Chief Finance Officer David Frye explained.

“If we do LEDs, that’s probably something we would do on our own,” Frye said.

In addition, at Monday’s school board retreat, Superintendent Jeff Moorhouse said KCS will need millions of dollars in renovation and maintenance funding in the coming years, including the rest of the Phase I of the facilities plan that doesn’t have enough funding to complete, and unfunded Phases II and III.

On the positive side, Frye said the system had an unprecedented 9.8 percent of its budget, or $7,689,123 as of June 30, in fund balance and that $1 million taken from that for the roof of Robinson Middle School be used for capital needs instead of going back into the fund balance when city bond funds are available, as originally planned.

In a nutshell, the Ameresco-installed solar arrays equipment, to be mounted on rooftops of school buildings, would generate about 42 percent of the electric needs of the school system. Siefried said that was based on the maximum power generation AEP will allow KCS to have in lower-cost solar power, which can be “banked” in sunny times for use later from the grid. The system will buy the rest of its power from AEP at regular rates.

The savings would start at about $60,000 a year over not doing the power purchase agreement and grow more each year as AEP power would increase in price, averaging out to about $150,000 a year. School officials had talked about seeing if Kingsport’s city government wanted to piggyback on the program, but Siefried said AEP won’t let the city generate that much power. In addition, he said that tax incentives will go down starting Jan. 1, 2020, so the sooner the program can start the better.

“If AEP would allow us to provide more (solar power), we would,” Siefried said.