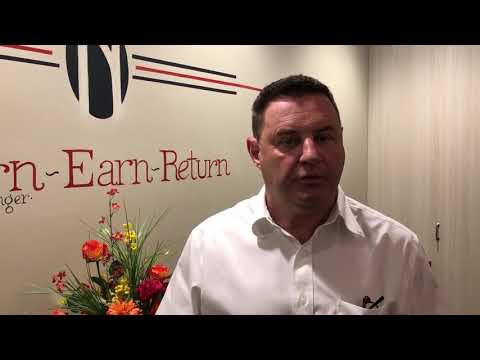 
Who will fund the impact study on road improvements for West Ridge?

GREENEVILLE — Sullivan County’s new West Ridge High School should have some road improvements done for better access before it opens in August 2021, the chairman of the county school board predicts. However, he said the funding source for a required impact study remains undetermined.

And improvements beyond a turn lane off Lynn Road to the main entrance to the school and other short-term improvements to Lynn Road could be followed by longer-term projects to make for better access, Board of Education Chairman Michael Hughes said after a board retreat in Greeneville on Monday.

“It’s going to open in 2021,” Hughes said of West Ridge, a more than $60 million capital project off Exit 63 of Interstate 81, near Tri-Cities Airport. West Ridge and the new Sullivan East Middle, to open in January 2020, are the first two new county school buildings since Sullivan North and South high schools and others opened in the fall of 1980. During breaks in the day-long retreat, Hughes shared maps of the property and roads leading into it with board members.

WHY IS IMPACT STUDY NEEDED?

During a meeting last week with county and Kingsport officials, school officials were told the city of Kingsport requires an impact study before improvements can be planned and done since much of Lynn Road, including the section at the school entrance, is inside the city limits.

“I think the impact study will give us some direction,” Hughes said, although he said it is a given a turn lane will be built in front of the new entrance. He said no decision has been made on the funding source for the study. Potential sources could include the school system and the County Commission.

“There’s other road improvements that could be done in the future,” Hughes said. “Even if nothing is done, these roads are just as good as other roads” serving schools across the county.

Ryan McReynolds, deputy city manager, attended the meeting, as did Sullivan County Director of Schools David Cox, school system consultant and former Director of Schools Evelyn Rafalowski, Hughes, County Mayor Richard Venable, county Highway Commissioner Scott Murray and architect Dineen West. The meeting would have been subject to the Tennessee Sunshine Law if more than two elected officials from the same body attended, according to Tammy Grisson, executive director of the Tennessee School Boards Association and facilitator for the Monday board retreat.

WHERE WILL BE THE MAIN TRAFFIC FLOW BE?

Cox and Hughes said the main flow of traffic to and from the school likely will come via Shipley Ferry Road, coming in northbound from the south side of Interstate 81, under 81 and onto Lynn Road. However, Lynn Road also is accessible from the other side of the interstate, which Vice Chairman Randall Jones acknowledged likely would be the entrance point for students in the Indian Springs area.

“We won’t tell people how they get there,” Cox said, adding that more than likely improvements eventually will be made to the access to Lynn Road off Henry Harr Road on the Indian Springs side of the school. Venable, during a recent tour of the West Ridge site, said county Highway Commissioner Murray wants to make road improvements to help access to West Ridge.

Hughes said something eventually may be done similar to what former Highway Commissioner Jim Belgeri proposed: a connector road from Browder Road (what Airport Parkway becomes north of I-81) beside the Second Harvest Food Bank property, the former Sam’s Wholesale Club building, east/northeast to Lynn Road. However, Hughes said it is unlikely there is time for that project to move forward before August 2021.