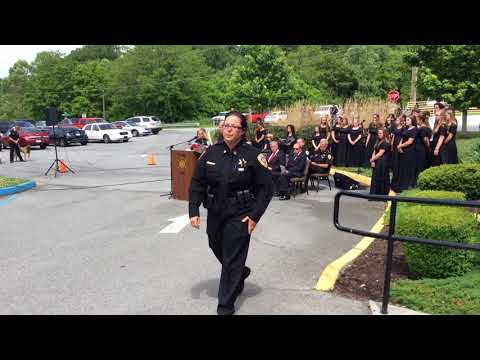 BLOUNTVILLE — The Sullivan County Sheriff’s Office hosted a fallen officers memorial service Friday to honor county officers who have died in the line of duty.

As SCSO Chief Deputy Lisa Christian read the names of those honored, Sheriff Wayne Anderson passed red roses to family members or officers for placement on the SCSO’s Fallen Officer Memorial outside the agency’s main entrance.

In 1962, President John F. Kennedy proclaimed May 15 as National Peace Officers Memorial Day and the calendar week in which May 15 falls as National Police Week. Established by a joint resolution of Congress in 1962, National Police Week pays special recognition to those law enforcement officers who have lost their lives in the line of duty for the safety and protection of others.