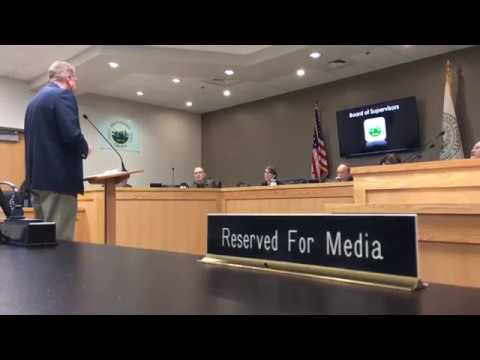 
Company's closure leaves Scott recycling program up in the air

GATE CITY — Scott County residents might have already noticed a couple of recent changes to their recycling services.

Due to the closure of a local recycling company, Scott County is no longer able to offer paper or plastic recycling. Bill Dingus, assistant county administrator, said residents will now have to dispose of those materials with the rest of their waste, at least until another solution can be found.

“People want to recycle; they want to be environmental stewards, and we want that,” Dingus said. “We want to be a county that promotes that, but out of the 13,000 tons of trash that the county produced last year, recycling only made up 430 tons of it. So it’s not a huge impact on our waste stream.”

Until recently, Scott County had been sending its mixed paper, plastic and cardboard to Tri-City Waste Paper, a Kingsport company, for recycling. Dingus said the arrangement worked well because the county wasn’t responsible for sorting the recycling before delivery, and the company paid the county per pound for the material.

The process began to change earlier this year, when the company informed the county that it would be closing. The company stopped receiving recyclable material on Feb. 15 and will officially close March 15.

“Their parent company, which is located in Asheville, is pulling their facility out of Kingsport and concentrating on the market in Asheville,” Dingus said. “So that leaves us without an end vendor for our recycled papers and plastics. This issue has hit not just us. Washington County, the city of Bristol, Lee County, Wise County, Russell County were all using this vendor.”

What does change mean for Scott County?

Dingus said other recycling companies in the region require the materials to be sorted and baled before delivery. Though Lee County leaders have decided to buy a baler machine for their paper, Dingus said such a purchase wouldn’t be cost-effective for Scott County and would require additional labor.

“We’d have to man a baler and have a forklift and a building to do it in,” Dingus said. “So our best option right now going forward, to me, is one — just put it in the general waste and take it to the landfill.”

At the same time, Dingus said county officials could work with the Scott County Economic Development Authority to encourage a new recycling company to locate in the county.

As the county’s existing paper and plastic recycling bins fill up, Dingus said they’ll be removed and taken to the transfer station, thought the contents won’t be thrown out.

“We’re not throwing that material into the trash that’s already been recycled,” Dingus said. “I want to make that clear to the citizens that if they’ve recycled in those bins, for now, we’re hanging on to it.”

Dingus said Sullivan County has agreed to take at least one load of cardboard per week, though the county won’t be paid for that as it had been before.

He added that leaders of the counties and cities affected by Tri-City Waste Paper’s closing are meeting to discuss regional solutions.

In the meantime, Dingus said residents can recycle certain items, such as plastic bags, at some local businesses.

“There are some small recycling (companies) that may recycle specific things that people could find and take their stuff to if that’s what they feel like they need to do,” Dingus said, “but also reduce and reuse.”