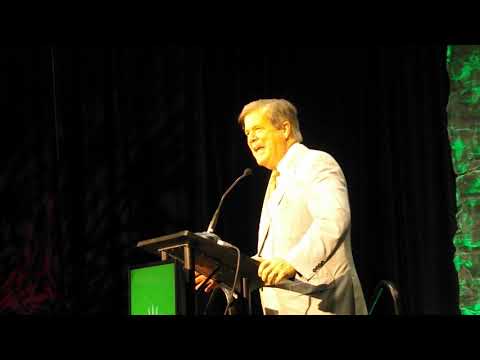 After speaking to the Governor’s Conference on Hospitality and Tourism, Dean was asked if the gubernatorial contest between him and Republican Bill Lee is being pushed into the background.

“I think the U.S. Senate race is getting a lot more attention for a variety of reasons,” Dean, former Nashville mayor, responded. “I think it’s good that Phil Bredesen is in the race. I admire him. He’s a former mayor of Nashville. I think we’re pretty well politically aligned. I think he’ll bring people to vote on the Democratic side.”

Dean and Lee, a Williamson County businessman, are scheduled to debate in Kingsport on Oct. 9 at 7 p.m. at the Eastman Employee Center. The debate partners are the Kingsport Times News, Johnson City Press and Eastman. Free tickets to the debate are available during business hours at the newspapers’ offices.

“I think the more opportunities we have to be together to talk about the differences we have between us as candidates is for the better. … We have three debates scheduled, but we ought to have a debate in Chattanooga. We ought to have a debate in Knoxville and other communities,” Dean stressed. “Campaigns are about the public … and they ought to know about what we stand for and hear us defend our positions.”

Conference attendees sang happy birthday to Dean, who just turned 63 years old, in addition to applauding him when he declared the state needs to spend more on tourism.

Dean reiterated that state lawmakers made the “biggest mistake in the last 10 years” by not expanding Medicaid — a move he said has cost Tennessee more than $4 billion.

“It was a very partisan decision and I’m not about the partisanship. … I’m about doing what is going to move the state forward,” Dean declared.

Dean noted he experienced two very different terms as Nashville mayor, with one marked by the Great Recession and Nashville’s 2010 flood and the second one marked by an economic boom.

“Hospitality and tourism just took off,” Dean said of his second term.

When asked how he can win Republican-held Northeast Tennessee, Dean said his message about education, health care and economic opportunity is the right message and is clearly well-known here.