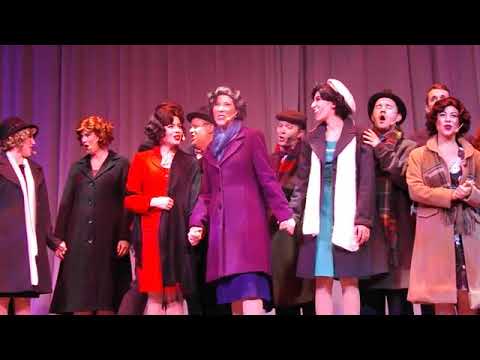 At the park Friday, Dolly Parton announced big plans for 2018, dubbed “A Season of Showstoppers.”

Parton announced an entertainment lineup which represents an investment $1 million greater than any season-long entertainment schedule in the park’s history. Headlining 2018 will be performances by the Marshall Tucker Band, the Drifters, T.G. Sheppard, Suzy Bogguss, Atlanta Rhythm Section, Crystal Gayle, Ladysmith Black Mambazo and a host of other award-winning artists.

New in 2018 will be the Spring Mix music series, scheduled for three weeks in April. Performers will include Bogguss, Sheppard, Pam Tillis, Gayle, Connie Smith and Shenandoah during the first week of the event. The second week will play host to artists such as Amy Grant, the Blind Boys of Alabama, Larnelle Harris, David Phelps and comedienne Chonda Pierce, also known as “the Queen of Clean.”

Classic artists like the Marshall Tucker Band,  the Drifters, Debby Boone, the Atlanta Rhythm Section, Firefall and Al Stewart will entertain park guests during the final week of the event.

Earlier this season, Smoky Mountain Christmas won its 10th consecutive victory in Amusement Today’s Golden Ticket Awards for Best Christmas Event. The centerpiece of the theme park’s holiday season is its signature light displays, featuring four million lights. It also includes family-favorite shows, seasonal menus and plain old Christmas spirit. The Parade of Many Colors returns for its second season, while traditional holiday performances — including the long-running “Christmas in the Smokies” and the new-last-year live stage production of “It’s a Wonderful Life” round out the Smoky Mountain Christmas experience.

“There is no time of the year that is more special to me than Christmas,” Parton said. “Some of the best memories of my life are from my time spent with family and friends celebrating Christmas together. It’s when we all come together to enjoy sweet traditions and the warm love of family and to have those special experiences we’ll always remember. Now when we were growing up, we never could have imagined millions of Christmas lights or even a life-size Rudolph. But I know the families who come to visit my Dollywood this Christmas will leave with wonderful memories they’ll treasure forever — just like me and my family.”

“Rudolph the Red-Nosed Reindeer,” the beloved Christmas television special, again comes to life at Dollywood this season. Guests can meet Rudolph and his friends, including Clarice, Bumble the Abominable Snow Monster and Yukon Cornelius in Rudolph’s Holly Jolly Junction, a magical area where festive fun awaits. After meeting Rudolph and his friends, families can head to Clarice’s kitchen to decorate custom Christmas cookies or even take part in a few reindeer games.