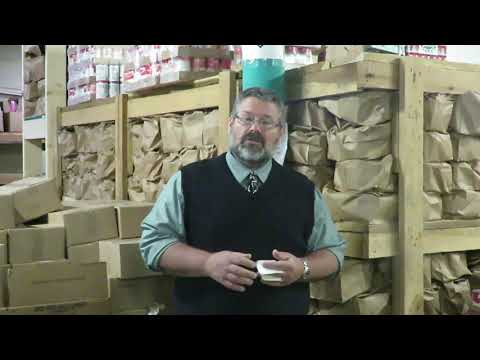 Forsha said the club received a $1,400 COVID-19 grant from its district, which is comprised of 82 clubs. The funds were to be used by Rotary Clubs to help community organizations in need.

“They provide a box to families experiencing food insecurity. The box includes lots of staples, canned goods and fresh produce,” Forsha said. “So we thought they would be a great candidate as a recipient, because a lot of civic organizations, churches, different organizations that usually give to the pantry — they rely totally on donations — are not meeting now, so donations have been affected, plus this unemployment going up. They are projecting an increase in need.”

Club President Wayne McClelland said the food pantry has been serving people in need for more than a decade, but this time has been challenging.

“We talked with Kevin Barnette, food pantry director, who said the nonprofit organization (Scott County Ministerial Association) is comprised of 15 or 16 churches in Scott County,” McClelland said. “It has run a food pantry for 13 years, providing items like canned goods, frozen meats, fresh produce and bread to families in need each month. He told us donations are down substantially due to the coronavirus impact, and help is needed to ensure families in need are fed.”

McClelland and Forsha said club members are glad to be able to lend a helping hand in a time that’s been so difficult for so many families.

“It was important to us that the money went here in Scott County, and just to know that we’re able to affect so many families in a positive way. … We have a lot of people that have probably never ever had to go to the food bank that are either laid off, or the cost of groceries is making it impossible to budget, or they haven’t gotten their unemployment yet,” Forsha said. “We feel that a lot of people that haven’t normally been affected are going to ask for help, and we wanted to be there as a safety net.”