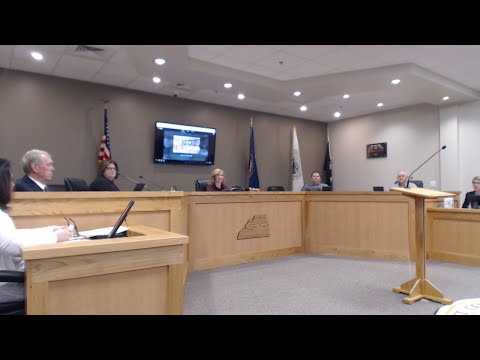 GATE CITY — A new retail store could be coming soon to Nickelsville.

During its Wednesday meeting, the Scott County Board of Supervisors approved a special use permit application submitted by Leonard Taylor Jr. for the store, which would be located on Big Moccasin Road.

David Gilmer, building and zoning official, said he was contacted by Taylor a couple of months ago. However, because the proposed location for the business was zoned for agricultural and residential use, a special use permit application was required.

“He and his wife were talking about selling some items, and it started out as just antiques,” Gilmer said, “and then it ended up he was wanting to sell some jewelry and some clothing at the same place.”

Gilmer said the application was reviewed by the county’s planning commission, which recommended that the project be approved by the BOS. Following a public hearing Wednesday, during which no members of the public spoke, the BOS unanimously approved the permit.

“It’s more or less a Facebook-type sales,” Gilmer said, “where they’re going to be selling stuff on Facebook and delivering it to this building, and then they’ll be picking it up from there.”

In other action on Wednesday, the board:

• Heard a reminder from Bill Dingus, public works director, that every April is recognized as Litter Awareness Month in the county. Social media campaigns and other advertising will be used to raise awareness among the public, Dingus said.

• Expressed support for a Code Red regional grant, which will be submitted by Wise County. County Administrator Freda Starnes said Code Red is a program through which 911 could send out text alerts to citizens.

• Approved a resolution declaring April 12-18 as Telecommunicators Week in the county to recognize its E-911 dispatchers.